A Hunt With Our Warehouse Manager

It was only one year ago that I started my hunting career. I first go into firearms back in 2018, I would find myself going out to Crown Land as often as I could to go plinking with my .22. It was fun but I yearned for more. I started to watch Meat Eater on Netflix and quickly realized that I wanted a freezer full of game, to hunt is truly the only way one can connect themselves to their food source, and nature. To know what it eats, roughly how old it was, where it died, how it died, and when it was butchered. It is removing the supplier and middleman of the meat market. Nowhere else can you get a whole animal for $50. However, this all comes with a lot of skills that you need to pick up. This is how I got into hunting.

I had no family that was into hunting, and I had no introduction, it was purely what I have learned from the hunting course, and Meat Eater. I already knew that nothing I learned online would mean anything at the moment if I did not have someone talking me through it in person, I might learn the basics, but to experience it the moment, hands-on. That is how I learn. I never had the benefit of my dad taking me out on a hunt, and giving me his old hunting clothes, showing me the ropes. I tried and tried to get someone to help me out of my first hunt, when I worked at Cabela’s, or when through friends of my friends, but all said no. No one wanted to take me out. Whether it was, the lack to trust or not wanting to show me where they hunt, it did not matter they did not tell me and they did not want to show me.

I called a few different guides and they all told me that they were fully booked, one gentleman did, however, reference me to a guide. This guide was named Franck, he had a tiny opening and was more than willing to fit me in. I was excited and nervous to finally get a professional to show me the ropes. Franck runs Last West Outfitting; he runs a small operation that focuses on quality, not quantity. He bases out of a small cabin; it is small and wholesome. You immediately feel like family. After I got settled in Franck went straight to business and we started discussing what would happen during the hunt. He was quick to introduce me to different ways to hunt, a blind and a tree stand. On my first full day after we froze our butts off in the morning sitting in a blind and in the afternoon, we reconvened at the cabin and had an espresso to continue to discuss what the next plan was. He was going to set me up in a deer stand, which he would show me how to set up and I would sit in it, all day until something… Or nothing happens. He took me out to the spot and told me that he knows White-tails bed down in a local group of trees and travel nearby to eat the ends off of spruce trees. We set up the deer stand I climb to the top and Franck headed out. I swear Fellas an hour later a White-tail moseyed on out of the tree line that Franck said they bedded down in and was walking towards where he said they would go to feed. High on adrenaline rifle went up and the buck went down, and he went down quick, it was a clean kill double lung, and he fell and did not move a muscle. Franck came by shortly after and was quick to show me how to gut and butcher, the next day we went on a coyote hunt, but those cheeky buggers managed to evade us, as they so commonly seem to do. The day after I went home and finished the butchering. Deer for days! It was everything that I wanted and Franck was more than willing to share his knowledge of the sport!

It does not end their Fellas; I went out again this year and Franck was willing to take me to some new areas. I learned some valuable lessons this year, my hunt was longer and I had much more to learn. Such as, when we went out to my first deer stand, I had that oh-so-natural reaction to carelessly slam that truck door. Oops. I messed that one up for sure, and punishment for my crime? I did not see a deer that evening. On the second day I learned, that deer stand harnesses are a pain to put on, and the value of good footwear, being a backpacker, I am a bit of a snob when it comes to taking care of my feet, but the boots I had were oh so not sufficient of sitting in a deer stand for twelve hours, especially when it was -20˚C in the morning. Again nothing. On the third and final day, I really got to appreciate everything. The morning was not as cold as the day before, and my mind was much more focused. I saw just how many tracks were there! Franck’s knowledge of the landscape and the movement of the deer is incomparable! Trails were everywhere, and this day I saw deer a lot of deer, early in the morning I saw two deer run from one side of the clearing to the other. An hour later I saw a nice buck come right into my sight, I wanted to test out a new theory this year, so I chose not to shoot him to see if a bigger buck followed behind him. After he walked back into the tree line, I heard the Deer ‘bark’ did not even know white-tails did that, to be honest. However, a bigger buck did not follow him, it was a little doe an hour later that came on by and quietly browsed the different grasses in the clearing. I saw another buck an hour after the doe but he was in and out of the tree line very quickly at about 300 yards, so I hardly even noticed him. I cut the hunt off early to help finish butchering a moose and the fact I knew I would need to be back at work the next day. The warehouse does not run itself Fellas.

Even though I did not tag out I considered my hunt a success not only in lessons but also the fact I knew I could have bagged a buck, my freezer might be empty but my mind has been filled with knowledge which is why I came out in the first place. Franck Prides himself on successful hunts and quality experiences for his hunters and in 2022 has had a 100% success rate his hunters have bagged trophy mountain goats, mule deer, and black bear. Fellas, it does not get better than this! If you are looking for a trophy Franck can find you a trophy. If you need experience, as long as you are prepared and willing to learn, Franck can show you the ropes, you need to be on the ball though Fellas, no messing around! Through thought, I could not imagine a better hunting experience. I am grateful for everything I have learned from Franck, and I believe that this will set the foundation for me to become an exceptional hunter, and to pass on this knowledge 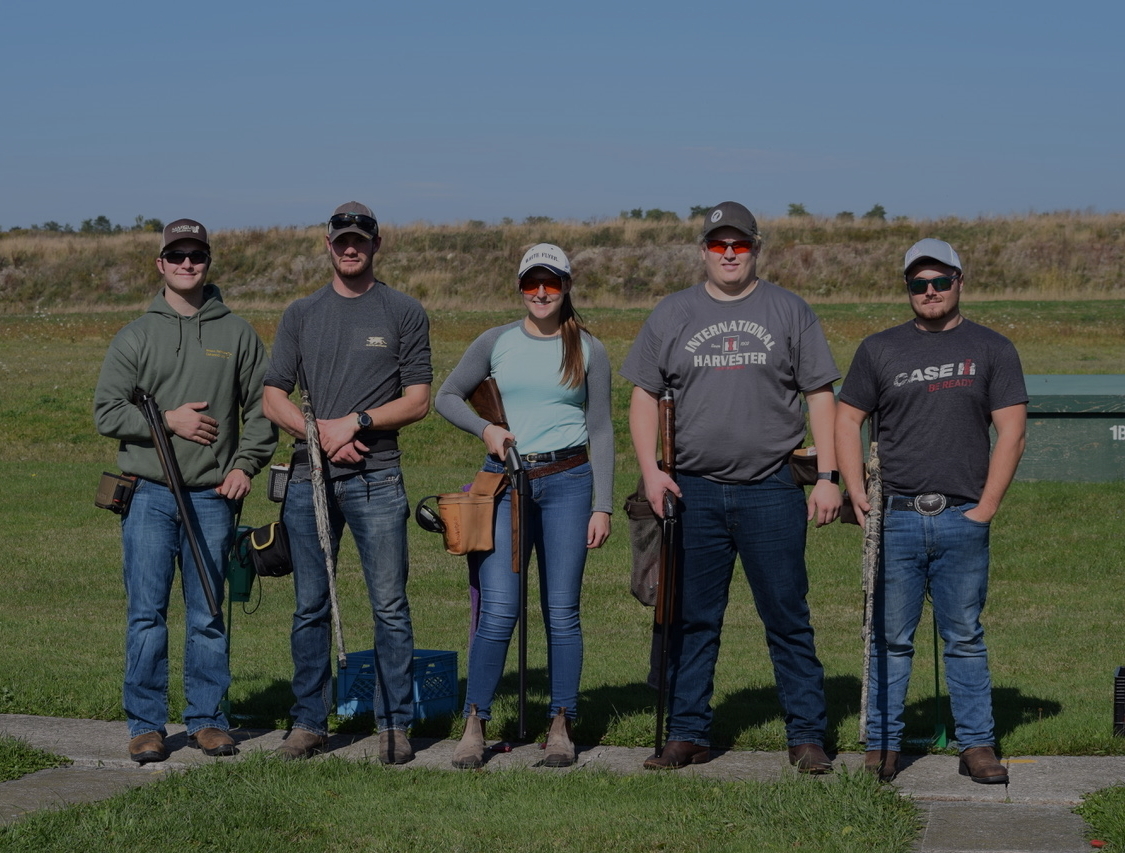 Firearms and their place in Canadian Culture 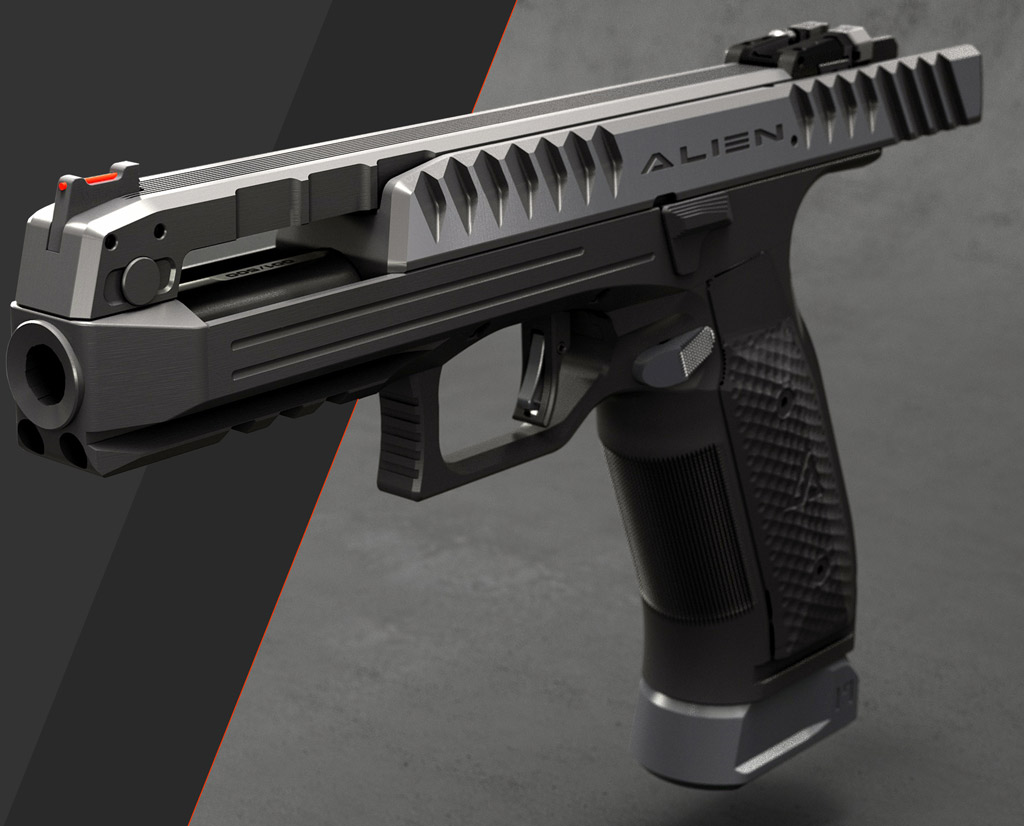 Laugo Alien: The next generation of pistols 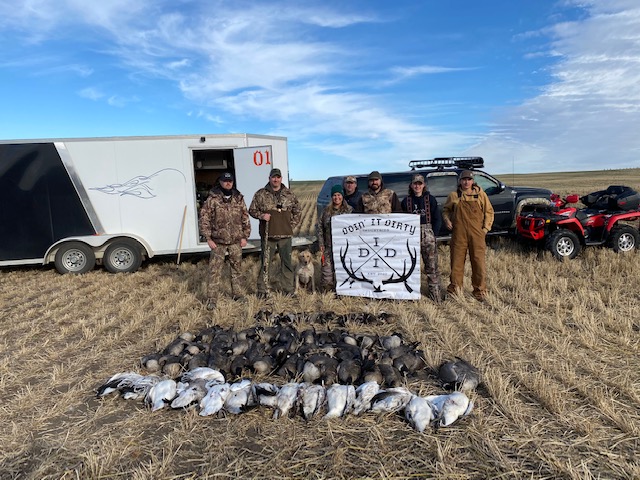